Those naughty scammers are at it!

Amazon is used by millions of people in the UK, and with stricter Covid restrictions in place as well as people shielding and self-isolating, it is likely to be the only way for many of us to source presents in the lead up to Christmas. So unsurprisingly, scammers are coming up with an ever-increasing number of sophisticated ways in which to defraud those who use the service.

One such scam targets victims via an automated telephone call claiming that they have opened an Amazon Prime account and that they should “press one” to cancel the subscription. When they do, the call is connected to a fraudster posing as an Amazon customer service representative, who tells them that their subscription was purchased fraudulently due to a supposed “security flaw” on their computer. The scammer then encourages the victim to turn on their computer and download a Remote Access Tool so that they can allegedly fix the security breach and reimburse the subscription fee. However, they instead use it to steal personal information, including passwords and banking information.  In one such case, scammers tricked a lady into letting them take over her laptop and stole £6,900 from her bank account.

There is also an email version of this scam whereby the victim receives a message stating they have started an Amazon Music subscription charged at £28.99 per month. The email then asks the recipient to click a link if they want to cancel the subscription and receive a refund – but the page to which they are taken to input their card details and receive the refund will instead send their details to fraudsters.

A further scam involves a telephone call in which victims are told that their Amazon Prime subscription will be “renewed” for £39.99. Pressing 1 will take the victim through to a fake Amazon Account Manager who will endeavour to extort bank details and other personal information.

We have even seen emails in which victims are told that their Amazon account has been temporarily locked due to an illegal transaction and to solve the problem, they are asked to verify their billing name, address and phone number registered on their payment card. If this process is not carried out within two days, all transactions will be cancelled and access to their account will be stopped.

Amazon has warned people to take action to protect themselves and states that they “will never cold-call customers, nor ask for remote computer access or payment over the phone. Do not give any details to the caller, and always verify directly with Amazon by logging into your official account and contacting customer support.”

We also advise that should you receive these types of calls or emails, report them immediately to Action Fraud. 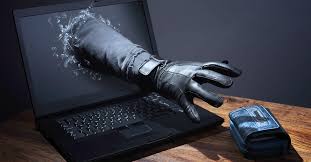